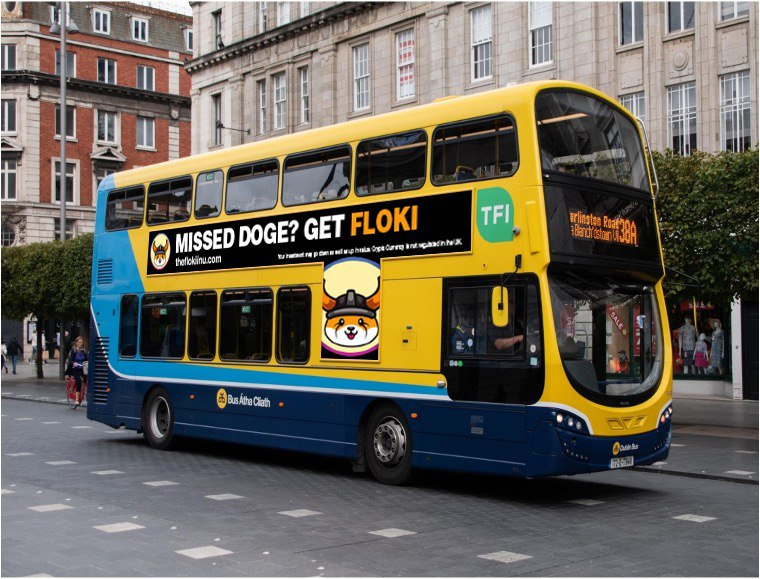 The biggest of Ethereum (ETH) and Binance Smart Chain (BSC) whales have shown their interest in Floki Inu (FLOKI). The Dog themed meme coin has made it to the list of the top 10 coins purchased in the last 24 hours by ETH and BSC whales.

Data of 1000 largest ETH and BSC wallets revealed by WhaleStats hints that something big might be coming up for FLOKI.

Data depicts that FLOKI is placed at the 8th spot here too among the top 10 coins purchased by BSC in the last 24 hours.

JUST IN: $FLOKI @RealFlokiInu is back on top 10 purchased tokens by 1000 biggest #BSC whales

This can be termed as a good sign for the dog-themed meme-coin. Meanwhile, Shiba Inu (SHIB) maintained its position in the top 10 holding coins by the ETH whales, on the other hand, DOGE is placed among the top 10 holdings by the top BSC wallets.

FLOKI has emerged in fame lately as it was created to honor Elon Musk’s dog of the Shiba Inu breed. Despite being a new meme-coin in the crypto space, the coin has somehow managed to gain popularity and price.

The meme-coin recently dropped an update that it had joined hands with NOWPayments. It is a crypto payment gateway that will now let anyone accept Floki Inu payments and donations.

Any #FlokiViking merchant asked himself this question at some point:

Which eCommerce plugins can I use to accept $FLOKI?

No more questions @RealFlokiInu fam, because we've got the answer right there (chorus: ʳᶦᵍʰᵗ ᵗʰᵉʳᵉ)

As reported by cryptotimes24.com Markets, Floki Inu buyers gave a decisive breakout from the long-coming falling wedge pattern on Feb. 7th,. The daily candle reached an overhead resistance level of $0.00006, indicating an 80% gain in less than a week.