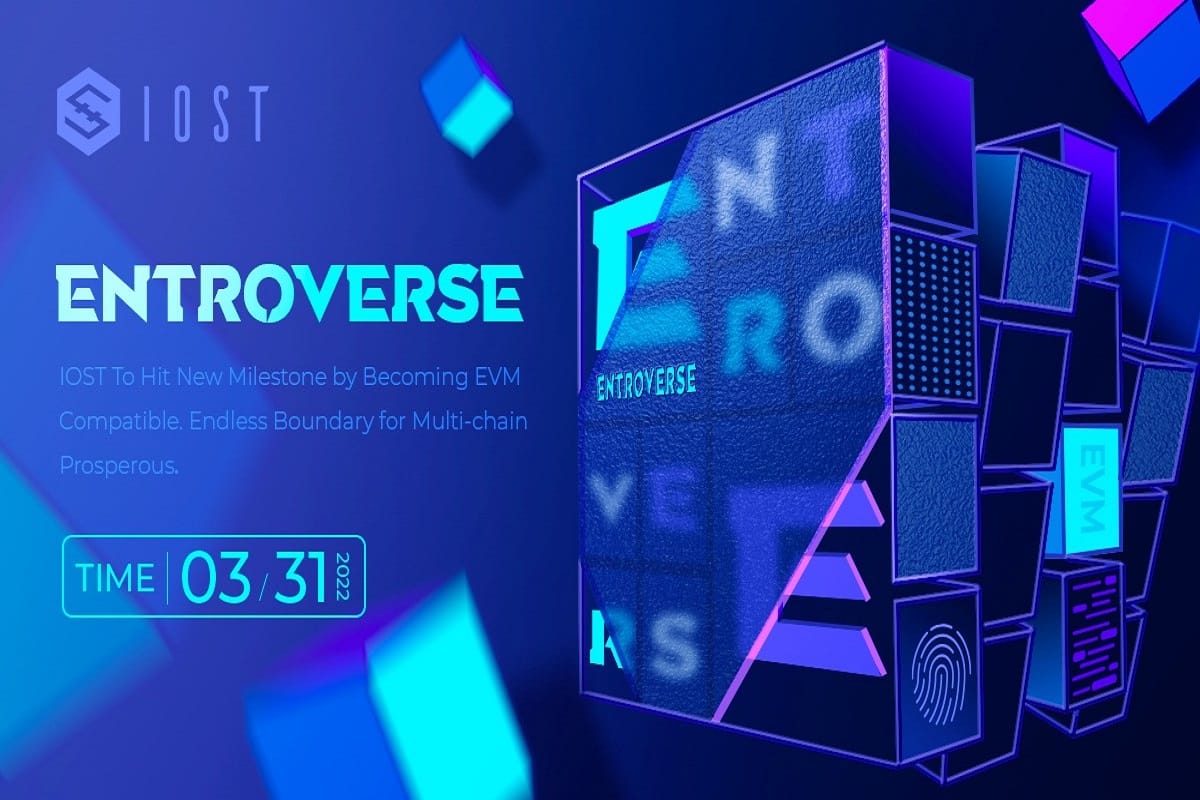 The IOST Foundation unveiled what they call it a Secret Weapon- Project Entroverse. The team claims that this project will enable IOST to become a powerful and compelling blockchain network. The Entroverse includes solutions like IOSTSWAP and the Ethereum Virtual Machine (EVM) compatibility. IOST token registered a massive surge of over 58%, since the project announcement.

The network aims to increase the growth of the IOST’s developers ecosystem through the implications of the projects. However, IOST has promised to announce more projects comprised by Entroverse in April.

The team has explained that developers now can easily integrate ETH protocols with IOST. As per the release, EVM users will be able to use ETH-friendly apps in the IOST network. Meanwhile, the project promises 99% lower gas fees than Ethereum and high throughput on using the IOST mainnet. The instant transaction support will eventually help the users to get a faster experience.

Jimmy Zhong, IOST CEO, highlighted that the IOST team sees this collaboration with Ethereum blockchain as a way to move upwards. He implied that there is a race going on in the blockchain industry and IOST will never let back down from any challenges.

In a cryptoverse where individual projects rely on ever-increasing levels of collaboration and interaction, it is not only desirable but also vital for IOST to kick off a cross-chain bridge, EVM compatibility function, and Project Entroverse, said Jimmy Zhong

The IOST token got to see a major benefit of the announcement. IOST’s price has seen a whopping surge of over 50% in the last 24 hours. However, the coin has gained over 90% in the last 7 days. While its 24-hour trading volume of $2,128,194,773 has skyrocketed by 600%. The coin is trading at an average price of is $0.051, at the press time. According to CoinMarketCap, the IOST token is ranked at 91st spot with a total market cap of over $962 million.