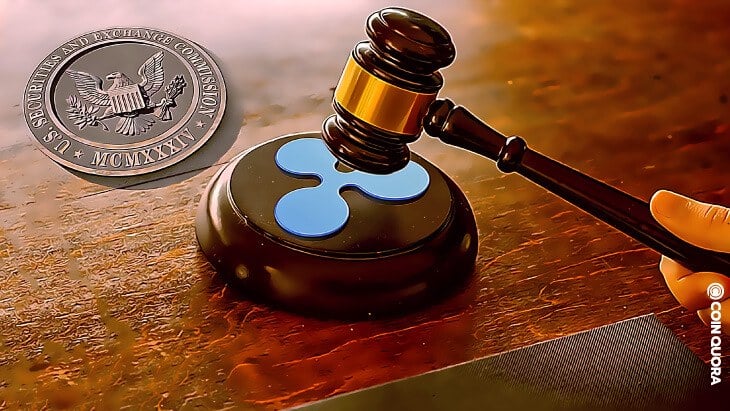 According to defense lawyer James Filan, a scheduling conflict prompted the rescheduling of the conference timings. He said in an announcement,

“Due to a scheduling conflict, the conference scheduled in this case for 3:00 p.m. is RESCHEDULED for 3:30 p.m. The public is referred to the Order at ECF No. 495 for dial in information, which remains the same.”

Earlier, on Monday, Sarah Netburn, the U.S. magistrate judge, scheduled the conference for Tuesday, at 3 pm. The proceedings in the new SEC Vs Ripple Case timing are open to common public and credentials for the same have been provided. The conference was aimed at resolving the continued deadlock around SEC’s attempts to block the release of certain documents.

The documents are related to a controversial speech by former SEC director Bill Hinman, which has drawn massive scrutiny. In the speech, Hinman declared Ethereum as not a security. It is abundantly clear that the implications of the speech and the documents could be key to the case.

In a recent tweet, attorney John Deaton, who represents Ripple holders, said Hinman perhaps did not send the speech to Hester Peirce or any other SEC commissioners. If Hinman would have done so, it is possible that the administration would then have suggested not to pick the winners, he indicated.

Also, Ripple gave four reasons to justify why the SEC should release the findings of Hinman’s speech. Firstly, Hinman’s discussions while preparing the speech was done in a personal capacity. Hence, the discussions don’t fill in for Attorney client privilege.

Further, Ripple argued that Hinman had authorization to receive legal advice. However, his personal comments do not come under the scope of attorney client relationship. The discussion does not involve any confidential information concerning the agency, it added. Ripple also stated that SEC completely failed to establish the claim as the privilege belongs to Hinman, it added.