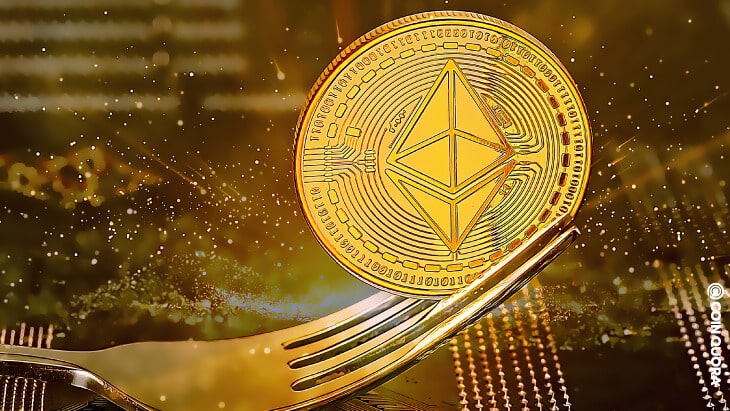 Here’s Why Ethereum PoW (ETHW) Will Not Succeed After Hardfork

The Ethereum blockchain network is all set to undergo the much-awaited Merge upgrade next month in September. However, Ethereum detractors have been willing to continue with a Proof-of-Work (PoW) version of the blockchain as ETHW.

The world’s largest asset manager Grayscale believes that there is a good enough reason for the ETHW version to NOT succeed. Grayscale draws a comparison with the 2016 Ethereum hardfork that led to the creation of the Ethereum Classic (ETC).

A PoW fork of the current Ethereum network will bring duplicate instances of all of these tokens, which could present meaningful challenges to developers and market participants.

In fact, the sheer complexity of DeFi and the number of asset-backed tokens locked in DeFi protocols poses a catastrophic risk to the price of ETHW due to on-chain positions attempting to be liquidated.

Back in 2016, the DeFi ecosystem was effectively non-existent. As of date, the Ethereum blockchain hosts around 530 DeFi protocols with more than $40 billion locked in smart contracts.

In case the Ethereum PoW fork goes live, the users of this protocol will attempt to liquidate positions “leveraged against formerly-asset-backed tokens into ETHW tokens”. At the same time, ETH holders will simultaneously rush to sell the free ETHW tokens received against ETH/USD. Grayscale says that this will lead to a “disproportionate selling pressure” on ETHW.

Not So Strong Support for Fork

Some of the top blockchain players like Chainlink (LINK), stablecoin players like Tether (USDT) and Circle (USDC), and many others have distanced themselves from the fork. Ethereum co-founder Vitalik Buterin has also said that his team won’t be addressing any technical challenges for ETHW after the successful completion of the Merge event.

On the other hand, the price of ETHW against that of ETH has been on a constant decline.

Interestingly, Grayscale believes that ETHW also doesn’t pose a major threat to Ethereum Classic (ETC). It stated that regardless of the success of ETHW, ETC will still continue to be normal. It notes: “Supporters of continuing a Proof of Work version of Ethereum may find that the complexity of an ETHW fork may not be worth the effort when a stable version of the network exists in Ethereum Classic”.

The post Here’s Why Ethereum PoW (ETHW) Will Not Succeed After Hardfork appeared first on cryptotimes24.com.