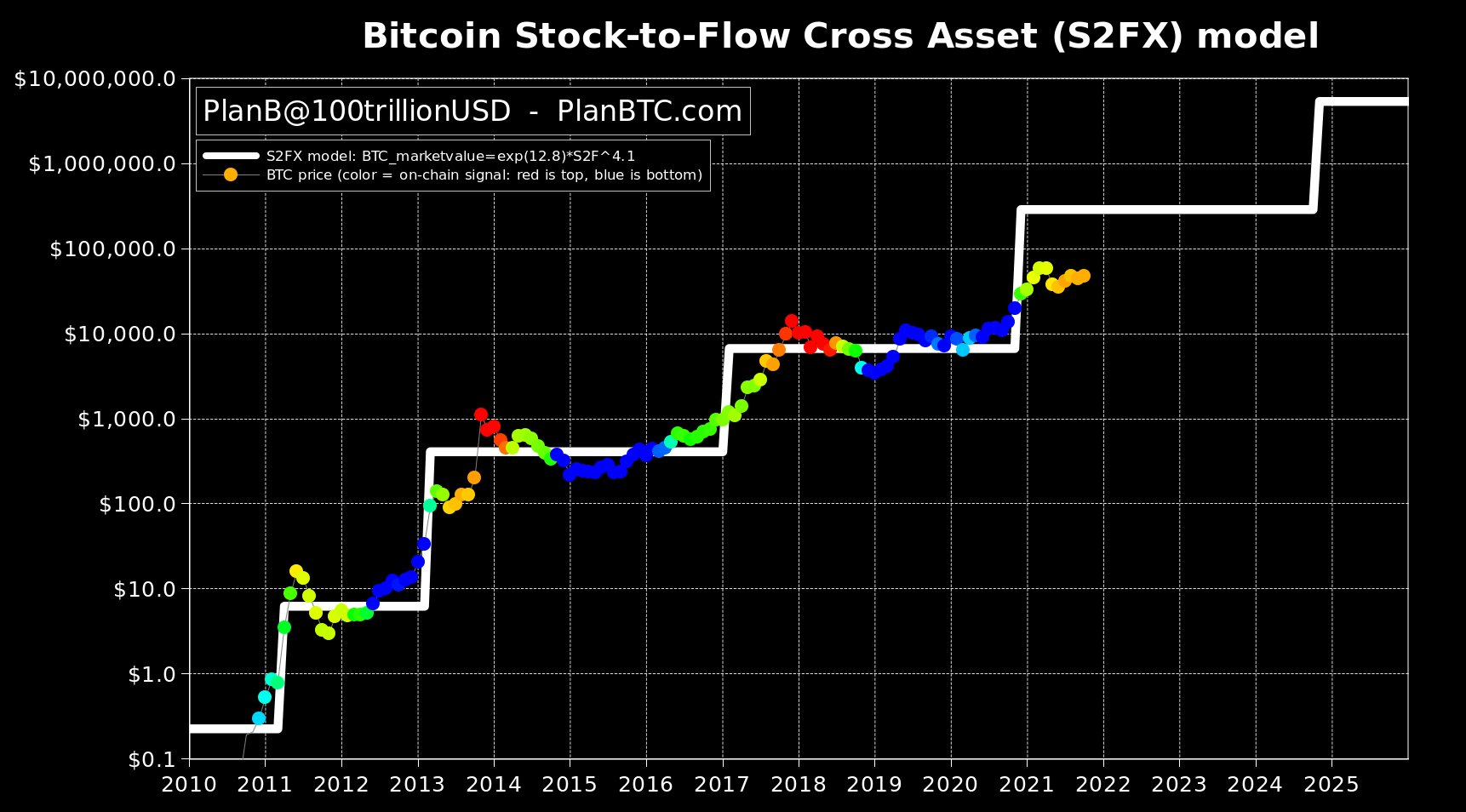 Bitcoin has dropped significantly in price over the last few days. Bitcoin’s price dropped 8.75% in the last 24 hours, currently trading at around $35,600. This is no reason to panic, however, according to Plan B, the pseudonymous creator of the Bitcoin stock-to-flow (S2F) model. Plan B has even urged market participants to embrace volatility as over the long term Bitcoin has proven to be a rewarding investment.

Plan B reassures that the Bitcoin market will bounce back

In a recent tweet, the creator of the Bitcoin S2F model has reiterated his bullishness on Bitcoin and his confidence in the S2F model. Using his investment journey as a case in point, Plan B urged market participants to hold a long-term view of Bitcoin and ignore the current dip.

He narrated that he bought his first Bitcoin in 2016 at $400. In 2019, he published the S2F model when Bitcoin was at $4,000. Since then, the S2F model has been tracking Bitcoin market performance accurately to within 2 standard deviation bands, even up till now when the price has fallen under $40,000. From this historical price performance of Bitcoin, Plan B stated that it is inevitable that Bitcoin’s price will add another zero in the next couple of years.

…Some are worried about current dip, but I am quite sure that Bitcoin will add another zero next couple of years,  he said.

This take is only his latest reminder to market participants to hold on to their Bitcoin as the bearish trend would soon reverse. According to another recent tweet, he stated that the bounce would be epic when Bitcoin bulls regained control.

Fears are still high that the crypto market could crash further

Bitcoin’s market performance has been the cause of a lot of fears in the crypto market. The latest fear and greed index figure puts Bitcoin market sentiment in the “extreme fear” zone. One reason for this is that the current Bitcoin price of $35,600 was last seen in July last year when the market was struggling to recover from the crypto market crash that started in May.

Futures market liquidations have also been sky high. In the last 24 hours, the crypto market has seen over $1 billion worth of liquidations over days from Coinglass. Bitcoin futures liquidations reached $348 million in the time frame.

The poor market performance has been the backdrop for many bearish sentiments. According to Cryptowhale, Bitcoin’s price will never reach its current all-time high of $69,000 again but will crash to under $10,000 in 2022. This view is shared by gold bug and Bitcoin skeptic Peter Schiff.

Regardless, Plan B has not been the only Bitcoin bull urging investors to keep a level head in these times. In a survey the Dutch analyst conducted on Twitter, the majority (48%) of participants revealed that the next bullish catalyst for Bitcoin would be the approval of a Bitcoin spot ETF by the SEC. Popular on-chain analyst, Will Clemente, stated that in his opinion the market would probably turn around on news of another El Salvador, or the FED reversing their current hawkish stance.