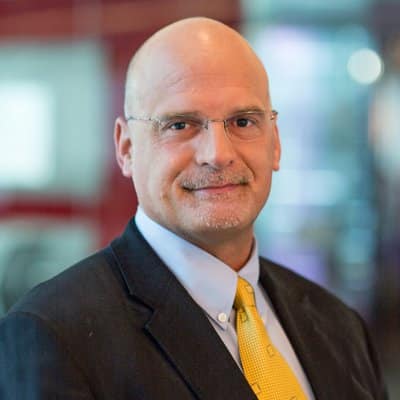 The Bitcoin (BTC) market may not see an end to bearish trends soon. Another rough week is incoming for Bitcoin, according to a Bloomberg analyst. This is because inflation is not likely to recede unless risk assets drop, which has so far not happened.

Bitcoin could still have a remarkable run this year

Bloomberg’s chief commodities strategist, Mike McGlone, stated this in a tweet where he shared his thoughts on the relationship between the Bitcoin market, risk assets, and inflation.

While the short-term outlook for Bitcoin holds a promise of market volatility, the benchmark cryptocurrency is on course to set a new trend. Referring to the Fed’s financial policy tightening, McGlone noted that the majority of assets in the market respond to the “ebbing tide” in 2022. However, Bitcoin may mark a milestone this year by breaking out of the grasp of inflation according to the sleuth.

“Most assets are subject to the ebbing tide in 2022, on the inevitable reversion of the greatest inflation measures in four decades, but this year may mark another milestone for Bitcoin,” McGlone said.

#Bitcoin indicating a rough week ahead – Inflation Unlikely to Drop Unless Risk Assets Do:
Most assets are subject to the ebbing tide in 2022, on the inevitable reversion of the greatest inflation measures in four decades, but this year may mark another milestone for Bitcoin. pic.twitter.com/drnXyYea4F

McGlone has previously noted that Bitcoin is showing “divergent strength” when compared to equities. A continuing theme from Bloomberg’s Crypto Market Outlook for February, the strategist is also bullish on Ethereum and stablecoins – which he has named “crypto dollars.” In the report, Bloomberg’s team of analysts predicted that Bitcoin’s next major price level is $100,000.

Bitcoin (BTC) is trading at around $38,700, up 1.01% in the last 24 hours at the time of writing. Prices in the crypto market have been showing wild volatility on the back of expectations of a rate hike by the Fed.

Analysts are predicting that there may be as many as six rate hikes this year, as the Fed tries to reduce the circulating supply of money significantly. The move is to reverse inflation that was caused by stimulus schemes during the COVID pandemic.