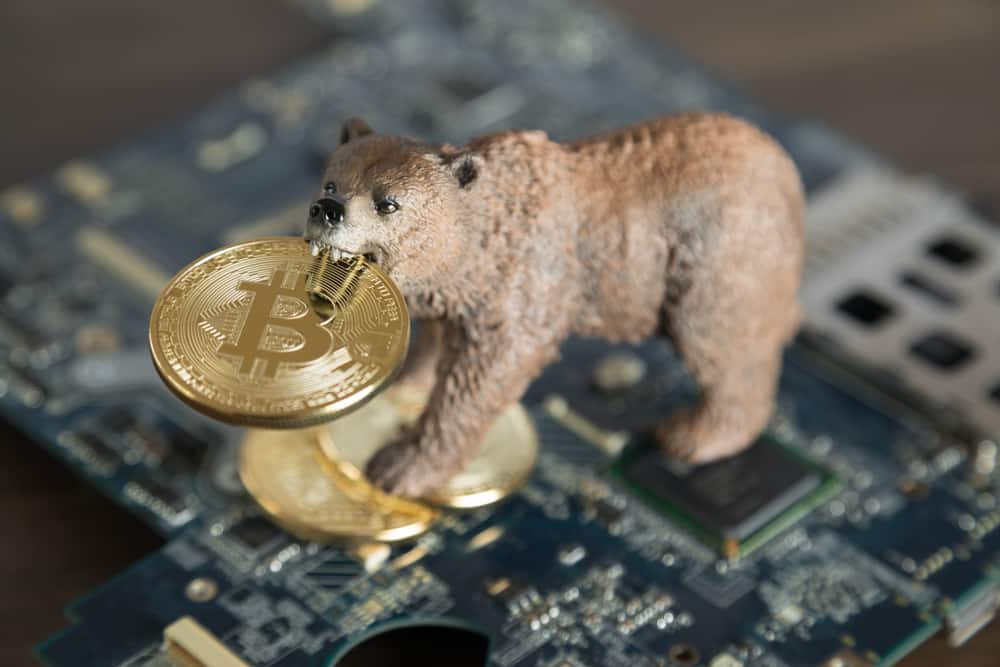 Bitcoin sank 4% on Tuesday, briefly touching a one-month low as escalating tensions between Russia and Ukraine battered sentiment towards cryptocurrencies.

Bitcoin has slumped nearly 20% to $37,000, from a high hit earlier this month. The token is on the cusp of entering a bear market, and may not recover substantially until late-2024, according to Huobi’s CEO.

Market participants are now forecasting a possible drop to as much as $32,000. Twitter analyst @CredibleCrypto says:

There are a couple of different ways I can see this playing out but want to see some more (price action) develop for now. Big picture- weekly support at 32-34k, still don’t think 28k will be breached.

Invalidation pretty much hit at this point- time to reassess. There are a couple of different ways I can see this playing out but want to see some more PA develop for now. Big picture- weekly support at 32-34k, still don't think 28k will be breached, will know more in a few days. https://t.co/0ZcJq8Lh6N pic.twitter.com/TQmp6nnJqa

The world’s largest cryptocurrency has not been alone in its losses. Ethereum dropped more than 6% to a three-week low, while XRP and Cardano slumped 13% each. Crypto market capitalization dropped 7% over the last 24 hours to $1.75 trillion.

Global stock markets slumped as well, while the dollar strengthened on safe-haven demand. Expectations of a hawkish Federal Reserve this year, along with rising inflation have also dampened the outlook for risk-driven assets.

Stablecoins saw the highest volumes among their peers, with Tether in the lead over the past 24 hours. Gold and U.S. Treasuries have also been favored this month.

Still, not all market participants are bearish on crypto. Plan B, the creator of the Bitcoin stock-to-flow model, said  Bitcoin’s 200-week moving average indicated a bullish trend, and that it would move past the current volatility. Analysts have also said that the currency could bounce back sharply as the relatively lower price attracts more buyers.