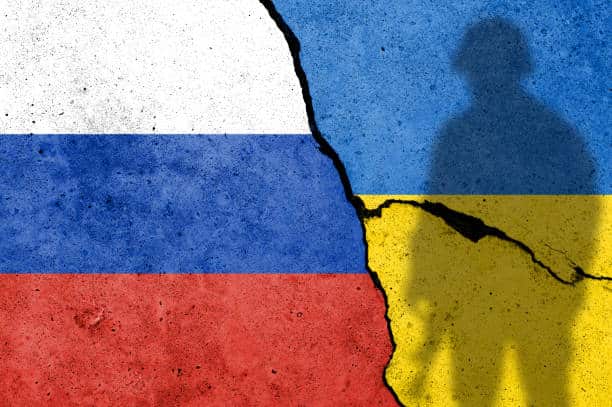 Cryptocurrency donations have been pouring for Ukrain ever since the start of the Russian invasion. People around the world are donating Bitcoin to provide support to Ukrainian soldiers. According to OKLink, the official Ukrainian Bitcoin donation address has received a donation of 136.47BTC.

Over $5 M of BTC donations so far

Russia declared war on Ukraine on Thursday and since then ‘Come Back Alive’, a Kyiv-based foundation providing support to the Ukrainian army has raised over $5 million in Bitcoin. It is being reported that the group’s fundraising page on Patreon has been removed.

According to OKLink, the official Ukrainian Bitcoin donation address (bc1qkd5az2ml7dk5j5h672yhxmhmxe9tuf97j39fm6) has received a donation of 136.47BTC, the current address balance is 132.41BTC, and the maximum amount received is 80BTC. pic.twitter.com/l2HugxVsDG

As per the data, the wallet appears to have received 136.47 BTC (approximately $5.3 million) in over more than a thousand donations and still counting. The wallet still holds 132.4 BTC while 80 Bitcoins have been the maximum amount received.

Over the years, these volunteer groups have played a vital role in the Russia-Ukraine conflict. These organizations provide support to Ukrainian soldiers by offering additional resources like military equipment and medical supplies.

These groups used to receive funds from donors via bank wires or other payment apps. However, Cryptocurrency has emerged as an important alternative for crowdfunding as it is quick and allows cross-border donations.

Meanwhile, the Ukrainian Ministry of Defense has clarified its stand over these kinds of donations. They said that it will not accept Crypto donations directly,

Ukrainian Government’s website states that “national legislation does not allow the Ministry of Defense of Ukraine to use other payment systems (‘Webmoney,’ ‘Bitcoin,’ ‘PayPal,’ etc.).”

However, Ukraine has been making development towards the adoption of the cryptocurrency ecosystem. Recently, the Ukrainian parliament passed a bill to legalize cryptocurrencies.

Earlier, FTX CEO, Sam Bankman-Fried, announced that they had given $25 to each Ukrainian user.

we just gave $25 to each Ukrainian on FTX

do what you gotta do

Russia-Ukraine crisis has hit all forms of market. The world has seen drastic price crashes of stocks and cryptocurrencies. The largest crypto coin Bitcoin has seen a growth of just 0.11% in the last 24 hours. BTC is trading at the average price of $38,909 with a 24-hour trading volume of $24,737,288,475. It is still at the top spot with a total market capitalization of over $738 Billion.