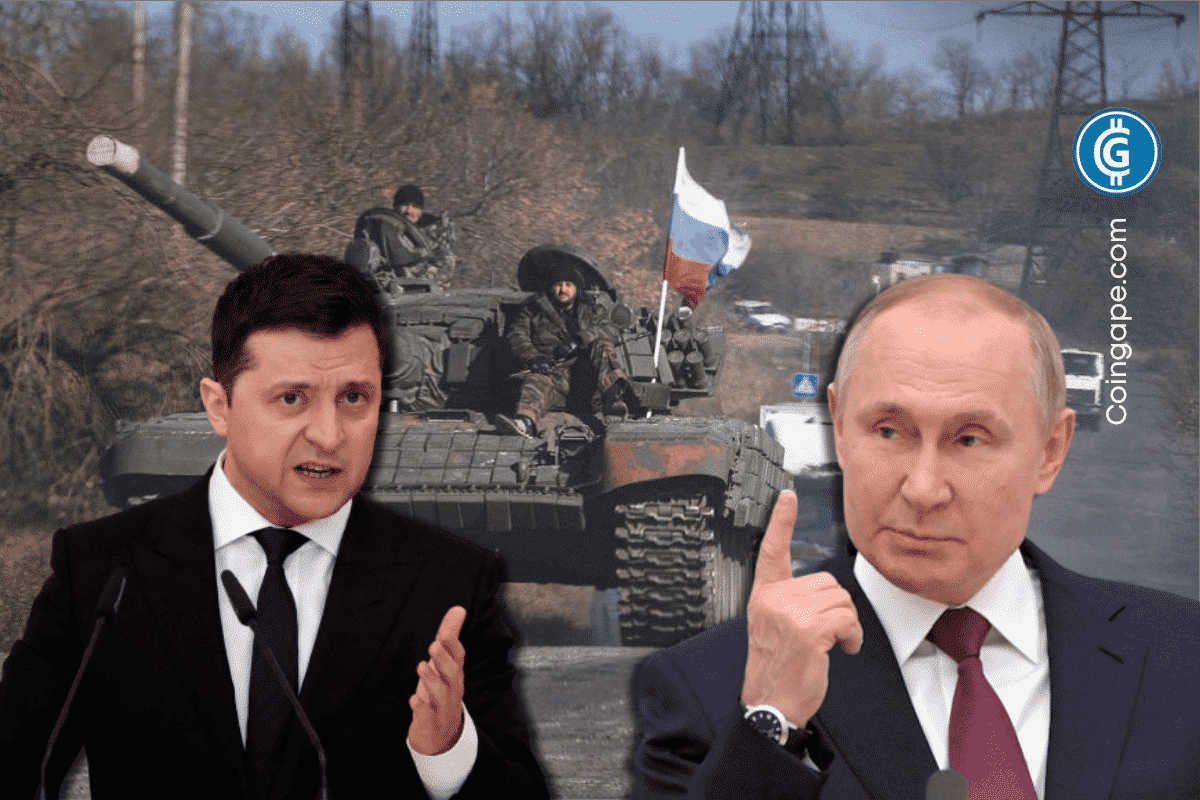 Data from Etherscan showed Ukraine’s wallet appeared to be distributing a newly minted token to donors, ahead of a planned airdrop at 6 PM Kyiv time (11 AM ET). But twitter users pointed out that the move was likely being spoofed.

Peaceful World (WORLD), not so peaceful?

The token, Peaceful World (WORLD), appeared to be minted by the Ukrainian wallet, and even saw some liquidity. But Etherscan marked it as a potential phishing attempt, and advised caution in dealing with the token.

Umm is this for real? The transactions are just spoofing the Ukraine wallet for the airdrop. https://t.co/YL2tArYtl6 created the contract and https://t.co/A53HcNaOfi added liquidity and is sending out the airdrop. This is how you get your readers scammed @CoinDesk https://t.co/Tkin3usjrW

Data showed the token had more than 1000 holders, with 7 billion tokens in existence. Ukraine’s crypto donation fund appeared to be holding 99.5% of all tokens, although it was not immediately clear what the origin of the token was.

Etherscan currently shows that a null address transferred 7 billion token to the donation fund. Such addresses are usually used either to burn tokens or to generate new ones.

The donation fund’s wallet shows most of its value is concentrated in 2,506 Ethereum. But the highest number of tokens are in Volt Inu (VOLT).

No official details on the Airdrop

So far, the Ukraine government has not released any details on what the contents of the distribution will be, even as the country recently began accepting a variety of altcoins as donations.

As crypto donations to Ukraine crossed $50 million, the country’s official twitter handle on Wednesday announced the airdrop for donors at 6 PM Kyiv time (11 AM ET) on March 3.

This sparked widespread speculation in the community about what could be distributed by the government. News of the event invited a barrage of donations to the country, with its Ethereum wallet worth more than $10 million, according to data from Etherscan.

Twitter users have been speculating whether the distribution would be an NFT thanking donors, while others say the airdrop could be a freshly minted token.