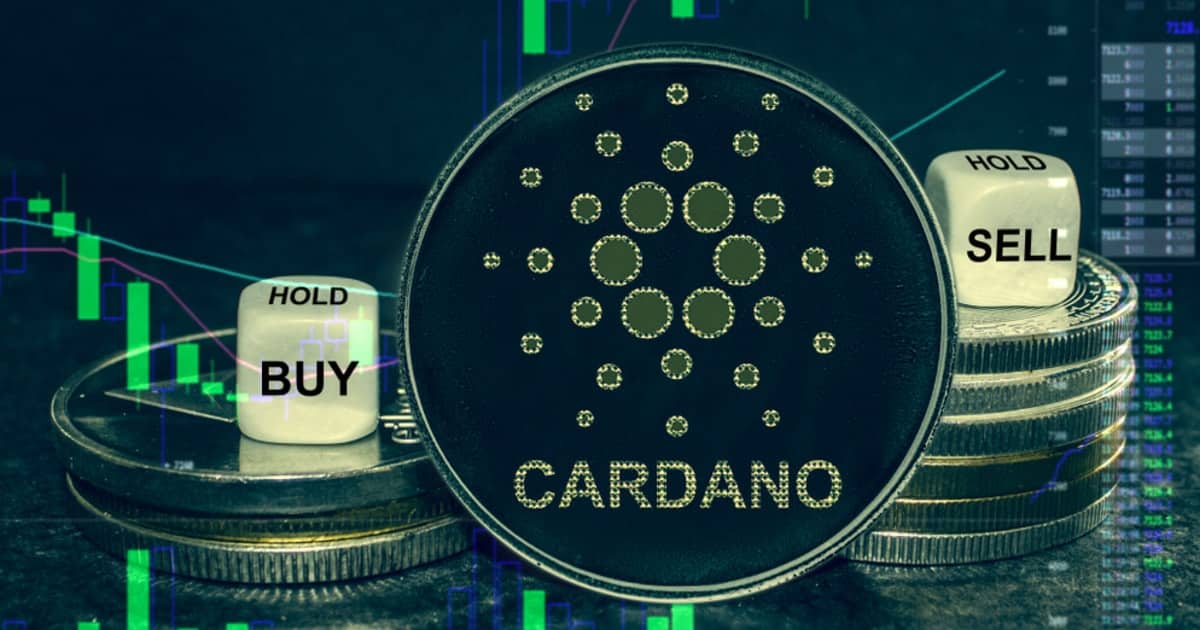 Cardano (ADA) Could Rally Like Bitcoin As Institutional Demand Heats Up

Cardano (ADA), the native token on the eponymous proof-of-stake (PoS) blockchain has been on a tear in recent weeks, outpacing larger peers such as Ripple (XRP) and Ethereum (ETH) in terms of price performance. Data suggests that increased institutional trading is a major factor in the token’s rally.

ADA rose nearly 30% in the past seven days, and was currently trading at an over two-month high of $1.22, with a market capitalization of $41 billion. The token has grown in popularity with institutional traders, given that it makes up nearly a quarter of weightage in a recently launched Grayscale fund.

Data from blockchain researcher IntoTheBlock shows that 99% of ADA’s total on-chain volume on Monday comprised of “large transactions.” The researcher described large transactions as deals above $100,000, and used them to gauge the level of institutional interest in a token.

And institutional interest appears to be booming. The volume of large transactions in ADA have jumped 50-fold so far in 2022. Volumes also skyrocketed to their highest level this year, at $69 billion.

Given that Bitcoin (BTC) also has a very similar patter of volumes, ie, one that is dominated by large transactions, ADA could be poised for a price explosion similar to that seen in the world’s largest currency. BTC’s stellar gains through 2020 and 2021, which saw its price jump tenfold,  is largely credited to the entry of major trading houses into the crypto space.

ETH is set to shift to a PoS model later this year. The move is widely anticipated by the community, and has greatly benefited ETH’s price, which is close to $3500.  But it has also drawn attention to other PoS chains.

Given ADA’s status as the largest PoS network by market capitalization, it seems likely that increased interest in the model has benefited the token’s price. PoS is also attractive to environmentally-conscious investors who dislike the high energy cost of maintaining proof-of-work tokens such as BTC.

The post Cardano (ADA) Could Rally Like Bitcoin As Institutional Demand Heats Up appeared first on cryptotimes24.com.