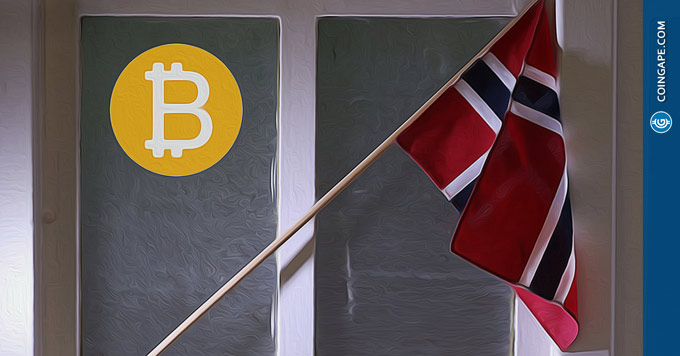 Bitcoin Mining On The Rise In Norway ; What Is Behind This Surge?

In a recent article for Arcane Research – the research and analytic subsidiary of Norwegian investment company Arcane Crypto – evidence has surfaced pointing to a considerably large presence of Bitcoin mining activities within the Scandinavian country of Norway.

The article included data imported from Cambridge’s Bitcoin mining map, which revealed that that Norway accounts for 0.58% of Bitcoin’s hashrate.

This is an auspicious share considering how small the country is. In a CoinShares Research publication, it was also noted that Norway’s bitcoin mining industry consumes a whopping 66 MW of power.

It is no surprise that regardless of its small size, Norway seems to be making a mark in global Bitcoin mining activities. Bitcoin has been under propitious conditions in the Scandinavian country as the Norwegian government fully recognizes it as an asset with legalization backing its adoption.

Just recently, a poll by Arcane Research showed that crypto adoption among Norwegian women leapt from 3% from last year, doubling to 6% this year. Within the male community, on the other hand, the figure more than doubled from 6% to 14%.

Global Bitcoin Mining Has Come Under Favourable Conditions the Past Year

Whie Bitcoin mining has seen a favourable atmosphere within the Norwegian community, Norway only amounts to a small fraction of global Bitcoin mining activities. The United States has the largest percentage of Bitcoin mining activities with 35.4% from late last year’s data. It is unsurprising, though, considering the population. The US is closely followed by Kazakhstan and then Russia with 18.1% and 11.23% shares respectively.

Recent developments have encouraged adoption of Bitcoin mining globally. It had been a topic of seemingly incessant debate of the energy-demanding nature of Bitcoin mining. This has led to calls for the ban of Bitcoin mining. Nonetheless, mid-March this year, the European Parliament’s Economics and Monetary Affairs Committee rejected these call, instead seeking to establish new legislations guiding crypto adoption.

Furthermore, due to sanctions and potential sanctions from most of the European committee especially with regards to financial payments, Russia has had good reason now more than ever to look up to crypto adoption. This is evident in the fresh support of retail [or individual mining] from the Director of Russia’s Ministry of Finance – a concept of debate for some time now.

Note that industrial mining of Bitcoin has for long now been legalized and actively encouraged in Russia, with companies involved in the activity required to pay taxes.

It is important to note, also, that CleanSpark, Inc. a bitcoin mining company, has extended activities to Texas in a recent attempt to add up to 500 MW mining power in its fresh partnership with Texas-based energy technology company Lancium.

Patently enough, global Bitcoin mining doesn’t seem to be going anywhere anytime soon as countries as well as companies seem to be encouraging and indulging in it now more than ever

The post Bitcoin Mining On The Rise In Norway ; What Is Behind This Surge? appeared first on cryptotimes24.com.